Dillion Megida is a Software Engineer in Nigeria, who loves building software solutions on the web. He is also a passionate technical writer who loves sharing his knowledge on various web-related t... 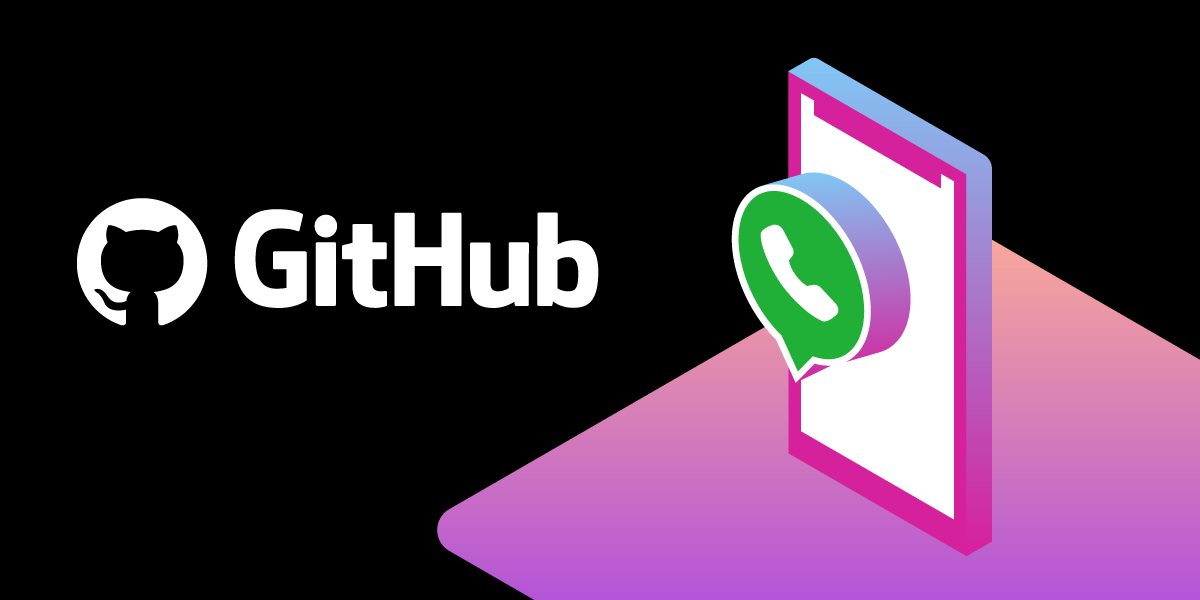 For teams and individuals, communication is very important for the growth of a project. Not just communication between members, but also direct communication with the project. Manually checking the status of your application can be strenuous, and that's the benefit that automation using communication APIs can provide. You can easily get notified by text, voice call, social media, or any other means (depending on the API's features) when events occur in your app.

GitHub Actions is a beautiful integration in GitHub which allows you to trigger actions based on specific events that occur. This can be useful for many purposes depending on how creative a developer can be. One of the use cases is sending messages via Communication APIs.

In this article, we'll learn how to combine GitHub Actions with Vonage Messages API using the WhatsApp channel. We’ll send messages to a WhatsApp number when a specific event occurs. You can also practice with the other supported channels of the API.

Required knowledge: To get the most out of this article, a fair knowledge of how Node.js applications are created and how GitHub Actions work would be required. Here's an Introduction to GitHub Actions article you may want to check out first.

What Are Github Actions

GitHub Actions allow you to execute specific commands when an event occurs; for example, when someone makes a pull request, pushes to a branch, and many more events.

GitHub Actions can be used in various ways, some of which are:

On sending that message, you get a message notifying you that your number has been whitelisted for the Sandbox. This means you can now send messages to that number.

On the same page, you'll find something similar to this:

This shows how to call the API to send a message to a whitelisted number. This POST request shows:

This is what we'll use in our GitHub Actions to send messages.

Next, let's set up an example application to see the GitHub Actions and Vonage Messages API in use.

For this example, we'll be creating an npm library that returns "I am a library" when executed. It's a very simple app, so we can focus on how GitHub Actions work with the WhatsApp API.

Using the terminal, navigate to your desired directory where you want the project to live, then do the following:

Add the following code to index.js:

Let's say we wanted to set up a test suite for our library. Run the following commands on your terminal:

Mocha is a testing framework for JavaScript applications. We'll have the test suite in test.js with the following code:

In package.json, edit the test property to the following value:

Now, when you run npm run test on the terminal, you'll get:

Initialize a Git repo using git init, commit changes, and push to a new GitHub repository you have created for this example.

When running GitHub Actions, you need an action runner. The action runner provides the implementation for the Messages API we want to use. Action runners require two files:

For this example, create an action.yml file with the following configuration:

Let's create a whatsapp.js file which will be compiled to dist/index.js. This file contains the code needed to send messages using the WhatsApp channel.

Here are the contents of the whatsapp.js file:

@actions/core is a library that contains several functions for accepting inputs, exporting variables, and doing many other things across actions. The importance of this is to receive inputs from the action runners on GitHub. It needs to be installed, so run:

Axios is a promise-based HTTP client for making network requests. This is used to make a POST request. It also needs to be installed, so run:

A message input will be received (we'll see how to set up that in the GitHub Actions configuration section), which would be the same message we will send to the WhatsApp number. You can use any whitelisted number you want there but Vonage specifically says:

Then the post request is made and the WhatsApp message is sent to the number.

As seen above, the WhatsApp message is sent in the form:

Add the following to package.json:

Before pushing, we would need to run npm run build so that everything in whatsapp.js will be exported to dist/index.js.

Firstly, create a workflows directory in the .github directory at the root of your project.This directory would contain all workflows we want for the app.

Under workflows, create a file called "whatsapp-actions.yml". GitHub Actions use the YAML syntax for describing workflows.

For this example, we want to send a WhatsApp message when a new commit is pushed to the repository and the test script fails. Here's the content of the workflow:

Before we move further, let’s get a clear understanding of the configuration above.

The name property specifies the name of the workflow. This is what you see in the actions tab on GitHub.

The on property specifies the event which triggers the workflow. For our example, the push event does that. This means the workflow is run anytime someone pushes a change to a branch in the repository. Here are more events you can use. You can also specify multiple events.

The jobs property specifies the jobs that would be run for that workflow. I’m naming the first job run-tests. GitHub shows every task running in your workflow under the actions tab by grouping them under their respective job names.

The next line (runs-on) specifies the OS type and version that should be used to execute the workflow.

Under the jobs section are “steps” to take. The steps block describes the execution of tasks that make up a job.

In the first two steps, the action "uses" actions/checkout@v2 and actions/setup-node@v1. actions/checkout@v2 is an action runner for checking out a repository. This is required to give your job environment access to the code within the repository. actions/setup-node@v1 is an action runner for downloading Node. This gives access to npm which we would need in the third and fourth step.

A boilerplate for creating GitHub actions can be found in the starter workflows repository. As seen there, uses: actions/checkout@v2 and actions/setup-node@v1 are also used in the steps section. These are two vital steps as they make it possible to execute the code you have in your repository using npm.

Running npm i installs all dependencies in package.json and npm test runs the test script.

The next step in the workflow is a group of steps under the name "WhatsApp Message". These lines trigger the WhatsApp message using the action configuration we have in action.yml. The step has a condition on the next line (if: ${{ failure() }}) which shows that the remaining tests would only execute when the previous steps in the job fail. You can check out more job status checks.

In the WhatsApp Message step, the action "uses" dillionmegida/github-actions@master (which is the master branch of the same repository) as an action runner for the Messages API code implementation. GitHub at this point would search for action.yml in the root directory of this repository, which we have already configured.

The action sends an input to the action runner (whatsapp.js) using the with property. The input comes with a key message and value *TEST FAILED*. The asterisks are added so that WhatsApp can make that text bold.

Now that we have everything set up, we can trigger the workflow by pushing to a repository. Before that, we need to ensure that the test fails, so that the WhatsApp message implementation would be executed.

Edit test.js to the following:

We can bundle our app (using npm run build), commit the changes, and push it to the repository.

On pushing, the workflow is triggered, and we get an error as seen below:

After the error, we'll get a WhatsApp message as follows:

There is a lot you can do with GitHub Actions and even more with the Vonage communication APIs. You can also send messages on Viber and Facebook Messenger.

In this article, we've learned what GitHub Actions are, a few utilities that make GitHub Actions powerful, and how to integrate the Vonage Messages API for sending WhatsApp messages when a test script fails after pushing a commit to a repository.