Michael Crump works at Vonage on the Developer Relations team and is a coder, YouTuber, and frequent speaker of various .NET and cloud/communication development topics. He’s passionate about helpin... 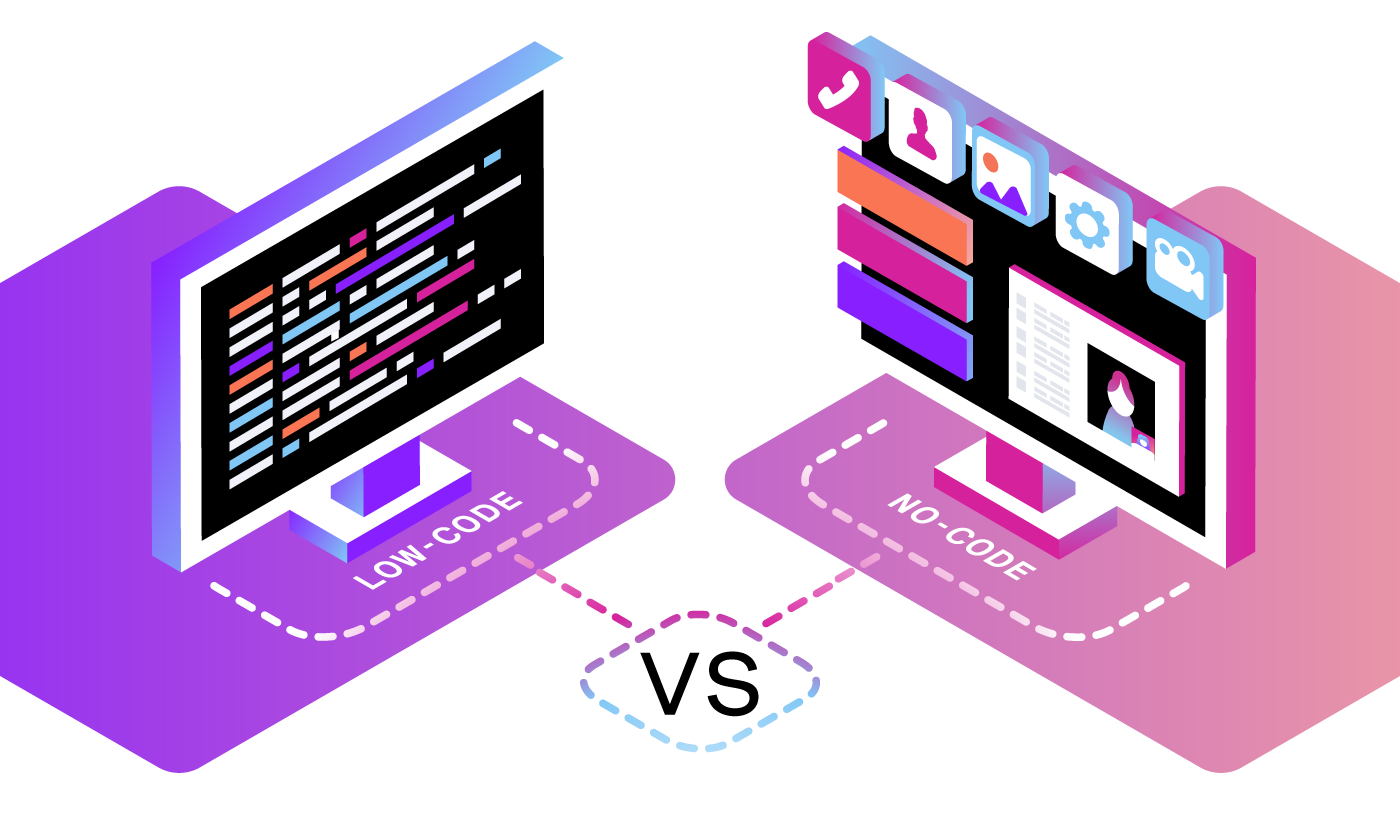 Low-Code and No-Code: What Option Is Best for You?

I started my journey into computer science as a software developer for a Fortune 500 company many years ago. Throughout the years, I was able to experience the good (and the bad) of relying on a software development team to build and update apps. Fast forward to today, I've been hearing more and more about Low-Code and No-Code development platforms, such as Vonage's own AI Studio, and decided that it was time to take a closer look. In this post, you'll learn about the pros and cons of Low-Code and No-Code development platforms and explore a new product that Vonage built called AI Studio. This tool handles complex interactions between businesses and customers, lowering operational costs and significantly improving service levels.

Let's break this down.

What are Low-Code and No-Code development platforms?

Low-Code and No-Code development platforms are visual software development environments that allow business and non-technical users to typically drag and drop application components to build an app without writing any code. They typically have little to no coding knowledge. In contrast, a professional software developer might use an Integrated Development Environment (IDE) (such as Visual Studio) or an Editor (such as Visual Studio Code) to build an application with code and a solid understanding of computer science programming concepts. Keep in mind that both approaches allow you to create an application of various complexities, and both should be considered equal as it all depends on your business use case.

Low-code refers to a software development approach that might require users to do some level of coding, which is traditionally much less than a technical software developer. While they may use drag-and-drop capabilities to build their apps, they may extend the application with short and simple code snippets. Such as formatting a date in JavaScript or splitting the first name out of a string that includes the first or last name. They could also involve writing simple database queries (such as selecting the top row in a database based on an id).

No-Code is a software development approach where the builder uses drag-and-drop functionality exclusively to build an app. A person making a No-Code app does not need programming language expertise to build the app. Typically this would be used in simple scenarios to create tactical apps to solve internal business issues.

Let's break down the key differences between each.

Use cases of Low-Code and No-Code development platform

If you're stuck on the fence wondering what an organization's return on investment is with these platforms, consider the following.

These are just some real-world use cases for building an application with this approach. If I were to sum up the benefits for an organization, then I'd say:

Which one? Low-Code and No-Code vs. a Software Development Team

As with any software development topic, it depends on what you are trying to build and if you have any developers on your team or someone willing to "explore" code snippets on Stack Overflow! Hah! Again, many apps can be built using the drag-and-drop capabilities of a graphical designer. They can extend functionality through a Low-Code development platform where more is needed.

For a software development team, this app would traditionally need to be tailored towards a specific use case (such as using native features of an iOS app). It would require a developer familiar with a programming language and general software craftsmanship.

Now that you understand Low-Code and No-Code, and the benefits and use cases, I'd like to pass the question off to you. What Low-Code and No-Code platforms are you utilizing today, and what kind of app are you trying to build? If you are trying to develop a conversational designer, then we'd love for you to give Vonage AI Studio a try!

Sound off in the Vonage Developer Slack or send me a Tweet on Twitter, and I will get back to you. Thanks again for reading, and I will catch you on the next one!