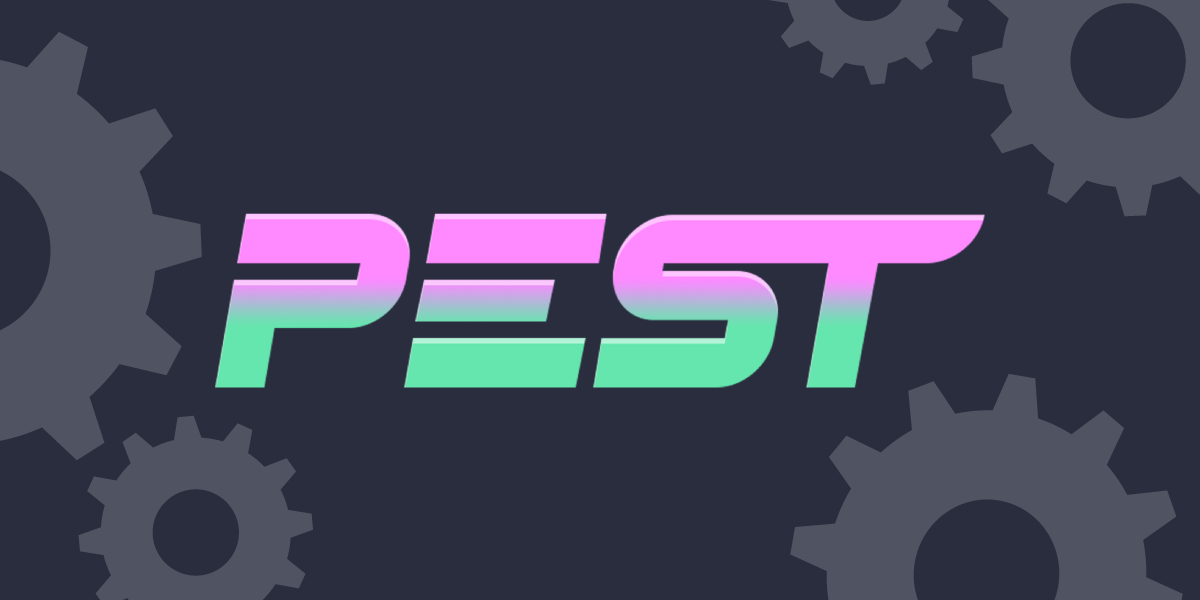 Converting Your Test Suite to PEST

Changing the way I write code through Test-Driven Development quite frankly changed my abilities as a programmer. Suddenly I could write services and functionality with confidence - it's a mystery to me why so many companies still "Do not have the time to do testing." For a long time, PHPUnit has been the de-facto tool of choice when writing TDD PHP.

A new project has come along recently that could change that. There's good documentation and a meetup community being built around it that shows itself to be an attractive option to developers. I am of course referring to PEST, so I thought I'd give it a spin on our own Vonage PHP SDK.

Our Vonage PHP SDK has been comprehensively maintained through the years, and as such contains a full test suite. While it's not "enterprise level" in its scope, it is nevertheless a useful exercise to test PEST in.

The current suite on this branch has 831 passing tests which run 4039 assertions. There are 9 skipped tests and 15 incomplete tests. Out total execution time is 13:54 in PHP8.

For the record, it runs pretty decently and one of those tests is actually a timeout test which bumps up the time. The aim here isn't to actually improve the runner, but change it to see what happens. Our first port of call is to install PEST and run it. One of the most important features of PEST to note is that it is completely backwards compatible with PHPUnit, and so can be used interchangeably regardless of the syntax you're using. This allows for us to install PEST, run it to see the results and potentially try and implement the recent parallel testing feature.

To install PEST, I run the following in the command line:

It seems deceptively easy that one composer command later, I can run PEST. It's worth noting, however, that this repository it will run on already has requirements - one of these requirements is a minimum PHP version of 7.3. PEST already has a minimum required version of PHP to be 7.3 and above, so there's no tinkering required to get up to date.

Time to run PEST and see what happens:

The first thing you'll notice is that PEST uses an output format similar to the --testdox argument to format PHPUnit's output. It's output is pretty nice:

Hmm, so 13.28 seconds huh? Well, that is actually faster just on the runner alone. What if we try and use PEST's parallel feature? It comes as a separate package, so let's go get it:

And now to run it:

A quick bit of Googling reveals that we have a bug in PHP itself for this, as documented in PHPUnit's issue log:

I guess that's the price we pay for being a bit bleeding edge.

I've been playing with the test runner, but not actually shown the code or explained what PEST's actual purpose is.

Laravel core member Nuno Madro created PEST as a new framework modelled on the syntax of the Jest Javascript framework. It's very much in keeping with the current trend of PHP (and especially Laravel) to move to more closure-based, functional syntax akin to the way Javascript is written. This makes logical sense then, that your PHP backend tests for your full stack web application are written in a similar syntax to your front end tests. Here's a "before and after" example from the Vonage PHP SDK:

We're using a couple of common patterns here - the magic method setUp() runs before the tests are executed, and then we use assertEquals() which is a helper class from the PHPUnit TestCase (in our example, VonageTestCase extends off it higher up).

Now, to show you the same test, but written in PEST syntax:

This is a pretty good example of where the PHP ecosystem is, in general, looking towards Javascript for new ideas - as you can see, the PEST syntax is very similar to JEST. It also shows one of PEST's core values, which is to have more fluid method chaining in the API to write less code, which is a very Laravel-like approach in philosophy. We now have a higher order beforeEach() with a closure inside it that will be run before each test, and now the classic PHP function structures from PHPUnit have been replaced with more functional style syntax. This example also shows how the Expectation API is designed to chain assertions in a human readable way with method names such as expect(true)->toBe(value) or expect($variable)->toBeArray().

I'll be honest here, this did not go the way I wanted it to. I will, however, show you why.

It came to my attention from Twitter that it could actually be possible to use a tool to automatically convert your PHPUnit suite to PEST, regardless of whether the code is in Laravel or not. So, I headed off to Pest Converter and set up a respository and branch to try it out on When run, Shift will create a new branch off the base one you provide and create logical step commits to move across the syntax. One of the things that needed to be done first was to change the test/ folder to tests/ so that the converter knows where to look for your tests.

However, when running PEST after the conversion:

Hmm. So, not smooth sailing then. It's worth noting that I had no idea what to expect for a couple of reasons:

Rather than using traditional composition, PEST has a different pattern to configuration. PEST has a pest.php configuration file that allows you to specify helper functions, traits and common methods such as RefreshDatabase. You can also specify which folders you want the classes to be applied to like so:

The reason that the PEST converter cannot resolve these is a number of edge cases. One thing pointed out by Laravel Shift's Jason McCreary in our support conversations is that some tests set an Application container into $this->app, which conflicts with the application infrastructure of Laravel (seeing as it doesn't know if you have a Laravel app or not).

OK, so while the PEST Converter found it difficult to automate moving the tests across, it leads me to two conclusions:

Like with anything, there are risks of undertaking major refactoring through automation. In our case, the risk was that we're dealing with a raw PHP library with no framework. However, Shift works on updating via a target branch, then creating the Shift branch off it to minimise risk. If it doesn't run, don't merge it! You also have the option of using the Human Shift service, which will inevitably result in a fully converted suite.

What I would advise is that if you have a Symfony or Laravel app, this convertor is absolutely designed with these cases in mind, so the Shift will be pretty solid.

Should you adopt PEST? As always, that's up to you. If you want to keep on the bleeding edge of things that are changing in PHP then this is certainly an attractive option. Keep in mind though that the way PEST structures its syntax is naturally in line with Laravel's approach to API flows, so it does have the potential to confuse your developers if you use something else popular like Symfony, CakePHP or Drupal.