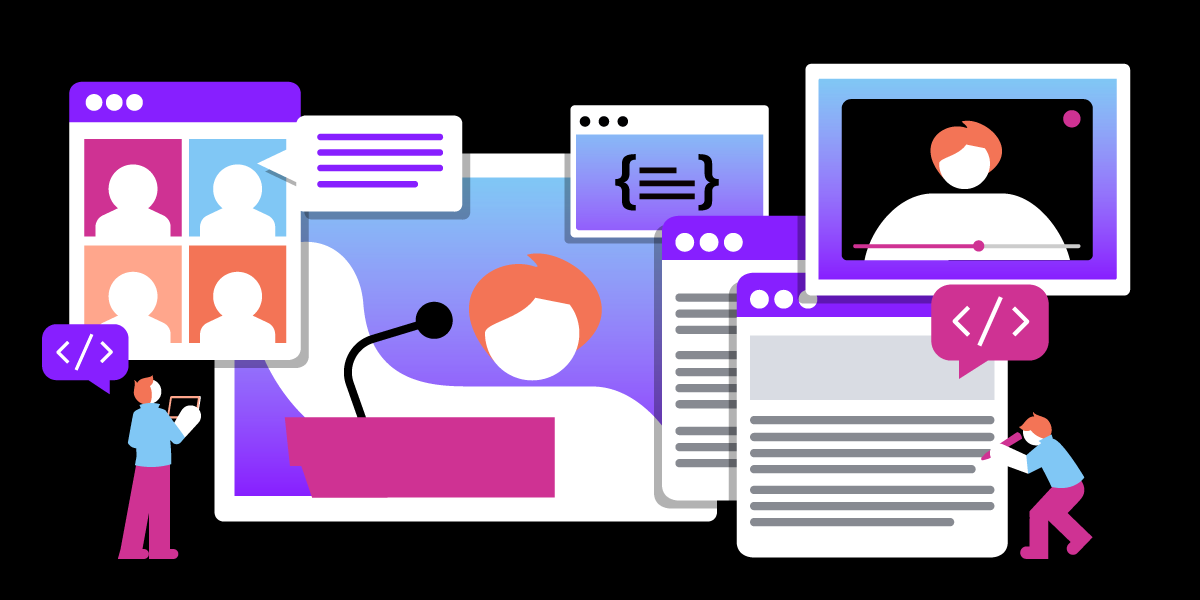 I love teaching people how to program. I even wrote a book called The Self-Taught Programmer to help people learn how to code. It would be fair, then, to assume I want everyone to work as a software engineer. While I encourage most people to learn to program, there are other career paths involving coding other than software engineering more people should consider.

I started my career as a software engineer, but I am now working as a developer advocate. I love working in developer relations because it includes all my interests: programming, business, and marketing.

The Path to DevRel

One of the best parts about developer relations is how many different paths there are into the field. That means you get to meet a ton of amazing people. For example, on our team at Vonage, we have an author, a former WNBA player, and former software engineers all working on the same team. We even have a developer advocate on our team that lives and works out of his van.

Let me tell you how I got into developer relations and share a few stories from my teammates.

After working as a software engineer, I wrote The Self-Taught Programmer and started a Facebook group called Self-Taught Programmers. So when it came time to look for a job again after writing my second book, I decided to get into developer relations to program professionally without giving up all the other things I love, like writing and public speaking.

My teammate and fellow developer advocate Tonya Sims made the transition from basketball to programming to developer relations. Tonya was a hall of fame college basketball player and played in the WNBA. While teaching herself to code, she became an active member of the Python community, which helped inspire her to get into devrel.

Dwane Hemmings learned to program after attending a coding boot camp. He is known on our team for his side projects because he is always building something cool. Dwane also lives in a van and plans to travel around the country speaking at developer events next year.

Working as a developer advocate varies, but you can generally expect it to be a mixture of coding, marketing, and business.

We also have developer advocates who focus most of their time building demos, speaking at conferences, and creating content. Our team is also responsible for building and interacting with our developer community, and answering questions on social media and platforms like Stack Overflow, so everyone is involved in helping with those things.

How Can I Become a Developer Relations Engineer?

If you want to get into developer relations, you need to have the technical skills companies are looking for and experience in software development.

Working in developer advocacy is all about empathy for developers and helping improve programmers’ experience using your company’s products. To successfully do that, you need to understand the developer experience and what makes developers happy.

Other than that, it helps to be comfortable with public speaking. One thing most devrel teams have in common is developer advocates speak at conferences. So if public speaking terrifies you, working as a developer relations engineer may not be the right career path for you.

What Are the Benefits Career-Wise?

Working in developer relations can be a great way to advance your career because of all of the skills you learn on the job.

A successful developer advocate will be educated in programming, marketing, business, and public speaking: a fantastic combination of valuable skills in today’s economy.

Developer advocacy is not for everyone.

Many programmers prefer to spend one hundred percent of their time writing code and would rather do anything in the world than speak in public.

However, if you are a programmer that enjoys public speaking or marketing, you should consider a career in developer relations.

If you have any questions about working in devrel, please reach out to us on Twitter or send us a message on Slack.

Feel free to connect with me on Twitter as well.

Lastly, check out our developer relations openings at Vonage.