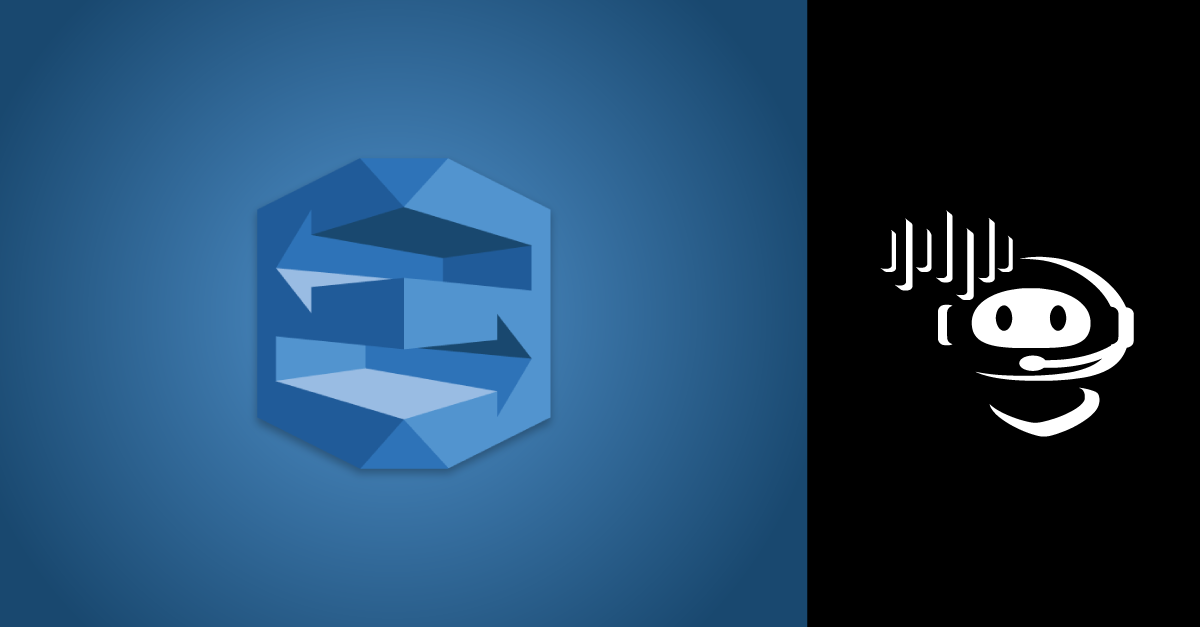 These capabilities help developers build bots that serve a multitude of functions, including supporting callers in placing orders, making a booking, getting assistance with issues, and much more.

In this tutorial, we will guide you on setting up a basic Amazon Lex bot, setting up a Lex reference connection, and a sample Vonage Voice API application, which will allow you to call a phone number and interact with the Lex bot via voice.

In the first section, we will set up an example Amazon Lex bot.

After that, we will set up a sample application using Vonage Voice API to handle an incoming call, establish the WebSocket, receive the caller and bot transcriptions, and the sentiment analysis scores of a caller’s sentences.

The diagram below shows an overview of this sample integration architecture.

To perform the actions outlined in the following steps, you will need an Amazon Web Services account. If you don't have one, you can create one before getting started.

Log in to your AWS Management Console or create an AWS account if you do not yet have one.

Search for and then go to Amazon Lex service, click on Create to launch the bot setup process.

As part of the setup process, you will be presented with the option to Create Your Own bot or to Try a Sample. You'll need a sample bot for this example, so click on ScheduleAppointment.

Next, you can set up the bot.

When the bot creation process has completed, you will see a screen similar to the one shown below.

Make a note of the alias name you have entered (e.g. staging). You will need it later.

Clicking Publish once more will finalize the setup of your sample bot.

Set up the Lex Reference Connection

Interact Via Voice With the Lex Bot

Let’s improve our example Lex bot by addressing both of those issues.

Get the Lex Bot to Play a Greeting

On your AWS console, go to Amazon Lex, then your Lex bot. Click on the [+] icon next to Intents.

You'll be prompted to enter a name for your new intent. Once you've chosen one, you can click on Add to proceed to the next step.

Enter exactly Good morning, which is currently coded in the Lex sample Voice API application as TTS played to Lex bot when the WebSocket is established.

Click on the [+] icon to add the new utterance.

Enter one or more greeting messages. The content and number of messages are entirely up to you. For example, Hi, how may I help you?, or Hello, what is the reason you are calling?

Do not forget to click on the [+] icon for each entered message.

After adding all desired messages, click on Save Intent.

Next, you will need to rebuild the bot by clicking on Build. After the build completes, go ahead and Publish your bot one more time, as you did before.

You will be asked to enter an alias once again, and you can use the same alias as you did earlier for the sample bot.

Testing the Update to the Lex Bot

Call the phone number you have linked to the application from the previous steps, and you will hear “Please wait”. That TTS from the Vonage API platform is played as soon as your call is answered by the platform.

Once the WebSocket is set up, the Vonage API platform plays the TTS “Good morning” to the Lex bot (you as the caller will not hear that).

The Lex bot plays one of the response messages (of the Greeting intent). You hear it over the phone, confirming the connection with the Lex bot.

You may then ask to set up an appointment (with this example Lex bot).

On your AWS console, go to Amazon Lex, then your Lex bot. Click on*Edit.*

Enter one or more response messages, for example:

Your appointment for {AppointmentType} on {Date} at {Time} has been confirmed. Good bye!

Words inside the curly braces correspond to slots related to this intent.

Then click on the [+] icon to add your new response.

To finalize your new message, click on Save Intent.

Finally, to commit these changes, click Build to rebuild the bot with the new changes. Then, you will need to, once again, publish a new version. You can keep the same alias as previous steps.

To test out these new changes, call the phone number linked to your account and interact with the Lex bot to set up an appointment. This time you will hear the confirmation message you just set up read back to you by the Lex bot.