Diana is a developer advocate at Vonage. She likes eating fresh oysters. 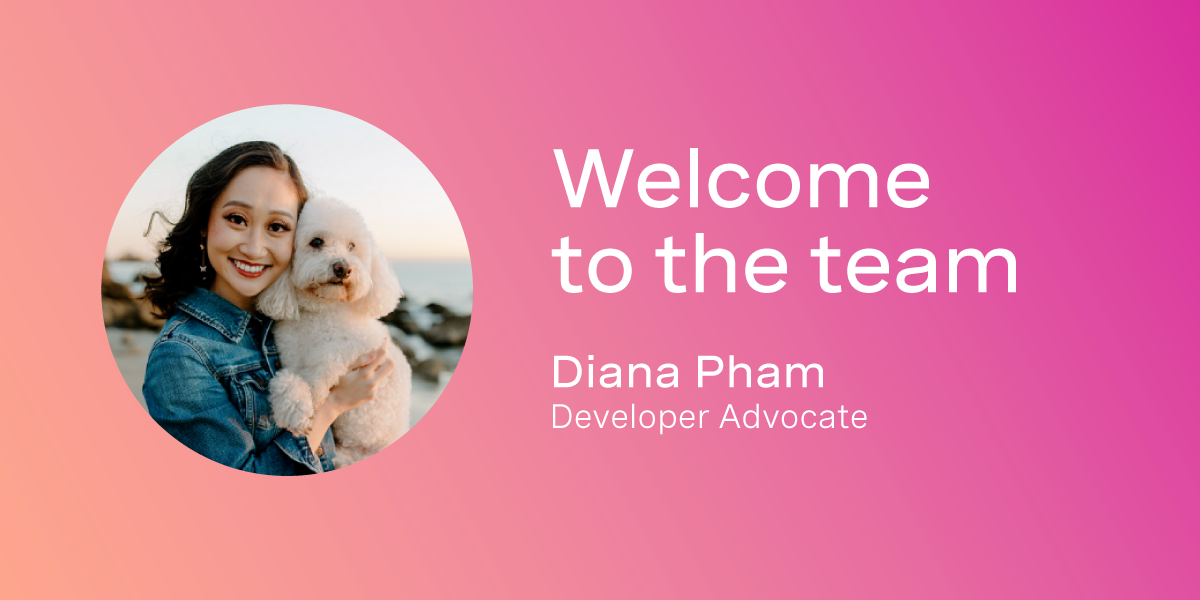 Diana joined Vonage as the youngest member on the DevRel team shortly after completing her masters in computer science at Northeastern University. Prior to grad school, she had never truly coded in her life. After interning with multiple companies and creating a YouTube series for one of them, Diana found her calling in advocacy. Now she works on the Outreach team as a developer advocate - North America.

Her career goals include becoming a better developer, improving her creativity through content creation, and learning how to properly use British lingo (e.g. “get on”) from her English coworkers.

You might find her at an oyster happy hour, petting farm animals, or vibing at a music event (musical, festival, symphony). At home she enjoys doing arts & crafts, playing video games, and hugging her dog.

Although Diana’s favorite activity is trying new foods (and welcomes restaurant suggestions around the globe), home is her favorite restaurant. If Diana could have any other job in the world, she would have wanted to become a mukbanger.