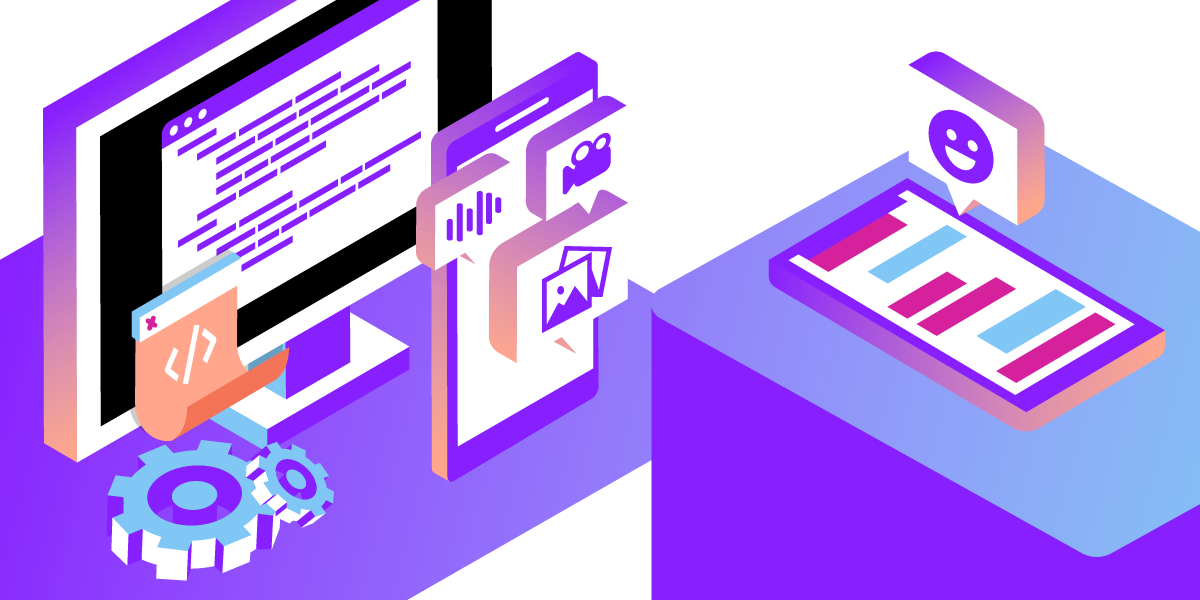 What Can I Do With MMS?

What Can I do with MMS?

A question along these lines was recently posted on one of our internal Slack channels.

MMS as a communications channel is probably best known for sending images, and in its early days MMS was often referred to as "picture messaging". In this blog post, we'll look at an example of sending an image file via MMS using the Vonage Messages API. Before we get to that though, I wanted to provide a bit more background about MMS and some of its other capabilities.

Although it is mainly associated with sending images, the acronym MMS actually stands for 'Multi Media Service'. MMS isn't just confined to sending image files, but lets you send many different file types over the cellular network.

There are many different use cases for MMS messaging. Used for promotional messaging, MMS can add an extra dimension when compared to SMS messaging, by promoting a product with images, videos, or even sound clips. There are also many transactional uses, such as instructional videos as part of a customer support workflow, or providing proof of parcel deliveries.

Sending an MMS Message with the Vonage Messages API

If you've already been using Vonage to send SMS messages, or even if you haven't, it's super easy to get started sending MMS messages using Vonage, especially now that the Vonage Messages API has been added to our Server SDKs.

The Messages API exposes a single POST endpoint: https://api.nexmo.com/v1/messages, and expects an Authorization header (we recommend using Bearer Token authentication here) and a JSON payload that looks something like this:

The above example is the JSON structure you would use to send an image message via MMS.

There are a few things to be aware of here: the url property for the image needs to be a publicly accessible URL, and there are certain requirements regarding the to and from numbers.

The Messages API currently supports sending MMS in the USA to numbers on the following networks:

The to number provided to the Vonage Messages API needs to be a number that can receive MMS on one of these networks.

The from number needs to be either a USSC (US short code), 10DLC (10-digit long code), or TFN (Toll-free number) enabled for MMS and linked to a registered campaign. The different types of numbers support different MMS capabilities:

Find out more about the different types of phone numbers.

The best way to demonstrate using the Vonage Message API to send MMS messages is to walk through an example application.

I don't have any products to promote via MMS, but I do love xkcd comics, so I used the Vonage Ruby SDK to build a small Ruby application that sends a daily MMS message containing a random comic from xkcd. If you're not a Rubyist, though, you could use one of our other Server SDKs, or work with the Messages API directly, to implement something similar.

My Ruby app does two things:

I then set up a Cron job which runs the application once a day at a set time.

Setting up the Dependencies

For the first task of the application -- getting the data from the xkcd API -- I came across a RubyGem that provided this functionality. Unfortunately, it didn't do exactly what I wanted for my app in terms of how it returned the data, so I decided to write my own RubyGem, get_xkcd, which did. If you want to dig into the implementation, you can check out the source code on GitHub.

The most important dependency here is the vonage gem, which I use to send the MMS via the Vonage Messages API.

I'm using my get_xkcd to interact with the xkcd API. The dotenv gem is for managing the environment variables for my application. The rake gem and whenever gem are for setting up a task to be run via Cron.

I created an app.rb file which contains the logic for getting the xkcd comic data and then sending an MMS message using some of that data.

The application starts off by requiring the dotenv, vonage, and get_xkcd gems.

All of the necessary environment variables are defined in an .env file in the root directory of my project and loaded then into an ENV hash using the Dotenv.load method.

The first thing my app needs to do is get the data for a random xkcd comic. My GetXkcd library defines a Comic class which provides several methods. One of these methods is fetch_random_issue_data which, as the name suggests, fetches data for a random issue of the xkcd comic.

The app stores the return in a random_issue_data variable. The return value of the method is a Ruby Hash of data for a random xkcd comic, including a URL for the comic image as the value of the img key and the comic's title as the value for the title key. These values will be used later when creating the MMS message.

The rest of the app.rb file deals with creating and sending the MMS message.

The first step in sending a message using the Vonage Messages API is to instantiate a Vonage Client object. Here we pass in two keyword arguments: application_id and private_key.

You might be wondering what these two arguments represent.

To use the Messages API, you need to create a Vonage Application, via either the Developer Dashboard or the Applications API, and enable it for Messages.

Once created, the application will have a unique application ID. You will also be able to generate, and download, a private key for this application.

My private key is stored in the root directory of my project file. My app ID and the path to my private key are defined in my .env file.

One of the details that our Server SDKs take care of for you is dealing with authentication and generating HTTP request headers. The application_id and private_key data passed in when instantiating the Client object are subsequently used to generate a JWT (JSON Web Token) which is then set as the value of the Authorization header sent with the HTTP request to the Messages API.

The Vonage Ruby SDK defines a Messaging::Message object which provides methods for creating specific message objects for each channel. Here, calling the mms method returns an MMS object with properties based on the arguments passed in.

Here we set the type to image (other options for MMS type are audio, video, or vcard). In the message hash, we set the url to the URL of the img from the xkcd data, and an optional caption to the title from that data.

And so to the important part of the application: sending the MMS message!

Calling the messaging method on the Client object we created earlier returns a Messaging object. We then chain a send method invocation onto this returned object which combines the from and to number arguments with the message object passed in, converts it to JSON, and sends it as the body of an HTTP request to the Messages API POST endpoint.

Bear in mind the restrictions on from and to numbers explained earlier in this article.

Setting up the Cron Job

The final task is to set up the Cron job. I could edit my system's crontab manually, but there's a really useful Rubygem called whenever which simplifies the process. The whenever gem provides a few different options for running tasks, such as executing a bash command or running a rake task.

Rake is a task-runner for Ruby. It lets you define certain tasks with Ruby syntax, which can then be executed by being passed to the rake command. Tasks are defined in a Rakefile, so we need to add one to our project directory.

Here I define a single task with a description (desc), a task name send_xkcd_mms, and the task itself (defined within a do..end block) which is simply to run my app.rb file.

To schedule the task with the whenever gem I need to create a schedule.rb file within a config directory and define the schedule in there.

The job_type :rake, "cd :path && bundle exec rake :task" line sets some defaults for how the task is run. The task itself uses Ruby syntax to set an interval (every 1.day), a specific time (at: '9:00 am'), and then the task we want to schedule within a do..end block (rake "send_xkcd_mms").

To update my system's crontab with this schedule, I then need to run whenever --update-crontab from the command line.

Conclusion and Next Steps

In this blog post we learned a bit more MMS, what you can do with it, and how to use the Vonage Messages API to send an MMS message.

We always welcome community involvement. Please feel free to join us on the Vonage Community Slack or send us a message on Twitter.

Choose Your Own Adventure With Vonage AI Studio