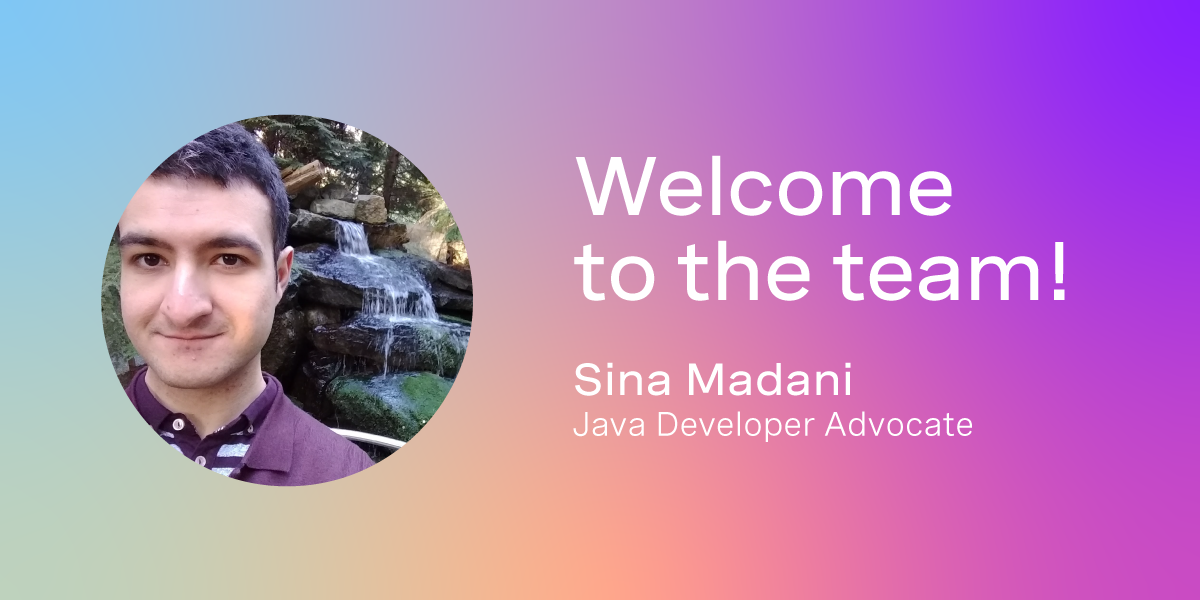 Hi, I'm Sina and I'm delighted to have joined the Vonage Developer Relations team! I will be focused on maintaining the Java SDKs and engaging with the Java developer community.

I've always been interested in computers from a young age, but it wasn't until I discovered Java during my undergraduate degree (studying Economics at Lancaster University) that I realised programming and a career in technology is my calling.

As a mostly self-taught engineer, I became intrigued by conference talks about software on YouTube and started working on side projects. This then lead to me pursuing an MSc in Software Engineering at the University of York, where after a successful dissertation project, I ended up doing a PhD in the same area (Model-Driven Engineering) with my supervisor. During this time, I contributed extensively to the open-source Eclipse Epsilon project in all aspects: bug fixes, new features, improving code quality, documentation, release engineering, installation etc.

I travelled to various international conferences over the years to present my research, which was essentially about adding parallel and distributed execution support to a bespoke interpreted language to improve performance whilst transparently supporting all its features.

When I first learned about DevRel, I could see some parallels between the duties of the role and what I was doing during my time in academia; which I enjoyed more than working as a traditional software engineer in industry. The passionate and informative presenters at conferences like Devoxx, along with the wealth of accessible educational content on the web are what inspired me to pursue this career, so it is an honour for me to have the opporunity to become involved with (and hopefully make positive contributions to) these communities!

Besides a keen interest in programming languages and the Java community, I like to keep up to date with computer hardware news. I'm a real nerd about cars, and in my spare time I closely follow and engage with the competitive Street Fighter community. When I'm not gaming, I like to go for walks and listen to insightful podcasts, audiobooks or music. You can get in touch with me via LinkedIn or Twitter.