Steve is a self-proclaimed Mathlete, and King of Snark. He is also a lover of Greyhounds, twisty puzzles, and European Board Games. When not talking math to non-math people, and Java to non-Java p... 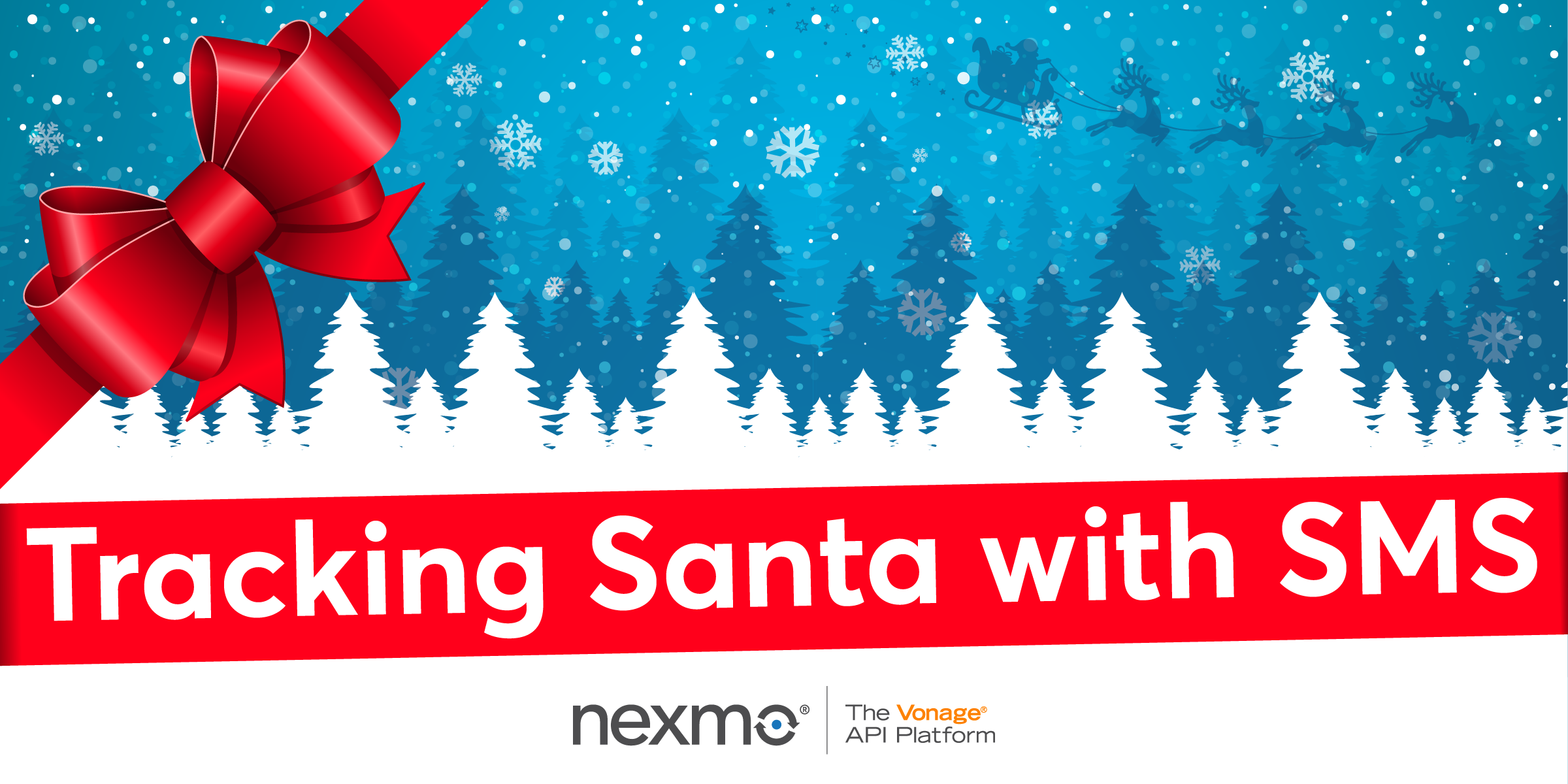 Tracking Santa with SMS and Java

Since December of 2004, Google has provided an annual Christmas-themed site which allows users to track Santa during Christmas Eve. Additionally, NORAD has been tracking Santa since 1955. While no official API exists, there is an unofficial API which can be used to track Santa’s whereabouts.

In celebration of the Christmas season, I wanted to create a Spring Boot application that could be used to get updates on Santa’s location via SMS. The full code for this Java application can be found on GitHub.

First, I want to explain how the application works on a higher level. Then we can dive into some of the more challenging problems, and ways to work around them.

See it in Action

When an SMS is received on my Nexmo number, a payload gets sent to my registered webhook. Information such as the sender's phone number and the message contents are then used to determine how to respond to the message.

Here's how it looks in action:

The first time a message is received, the user is always presented with Santa's current location. They are also asked if they would like to provide their postal code to get distance information.

Location lookup is not a trivial task. Postal codes are not consistent worldwide, and it helps to know which country the user is contacting from in order to narrow down our search.

This information gets saved in the database along with their phone number. The latitude and longitude is used to calculate how far Santa is from them:

At its surface, the application doesn't seem all that complicated. However, there are quite a few challenges that I ran into during the development process. I'd like to highlight some of the more technical aspects of the code.

My Nexmo number is configured to send POST requests to a webhook URL. I have an IncomingMessageController setup to handle the incoming messages:

The findOrCreatePhone method is used to persist a new Phone entity, or to lookup an existing entity. Here's what the phone entity looks like:

The entity contains the phone number, the Nexmo number, a country code, and the current stage that the user is in. I will talk about the Stage enum in a later section.

The findHandler method is used to lookup an appropriate KeywordHandler to handle the message:

Each handler is responsible for handling a specific keyword. The keywords that the application knows about are:

Each KeywordHandler is registered as a Spring Managed Bean. The HelpKeywordHandler, for example, looks like this:

When injecting into a map, Spring will use camelCase class names as the key, and the instantiated class as the value. For example, the HelpKeywordHandler is stored with the key helpKeywordHandler:

Routing messages like this allows for flexibility when new keywords need to be added.

Each handler is responsible for messages that start with its keyword. However, how does the YesKeywordHandler know which question the user is responding to? This is where the Stage enum inside of the Phone class comes in.

The Phone entity can exist in the following intermediary stages:

Once the questions have been asked, they are put in the following final stages:

This is how the YesKeywordHandler uses stages:

A user that is answering in the INITIAL stage must be answering the question "Would you like to provide postal code information?"

A user answering in the COUNTRY_PROMPT stage must be answering the question "I see you're messaging from the US. Reply YES, a 2-character country code, or CANCEL if you've changed your mind."

Getting the Country Code

In order to lookup the postal code more accurately, it helps to know the country the user is messaging from. I created a PhoneLocationLookupService which uses Nexmo Basic Number Insight to lookup the country information for the phone number:

The application will ask the user to confirm their country just in case they are travelling and want to set themselves in a different country instead.

It turns out that looking up latitude and longitude information for postal codes is not a trivial task. I chose to work with GeoNames because the service is free.

I created a PostCodeLookupService to handle looking up the postal code information. The getLocation method first looks to see if we already know about the postal code in the database. This is a good practice as it helps limit the number of calls to the third party service.

If there isn't an existing Location entity, the third party service is called, and a new entity is persisted. If we couldn't find a location matching that postal code, we return an empty Optional so that the application knows to ask the user to try again:

Once we have the user's latitude and longitude we can lookup Santa's current location and use a formula to determine how far away the user is from Santa. This is done in the DistanceCalculationService:

This was a look into how one might create an application that allows you to get Santa's location updates via SMS. We covered routing messages based on keywords, using multiple stages to determine which questions a user is responding to, and using Nexmo Number Insight to get the country code for a phone number.

For more detailed information, I would recommend looking at the code on GitHub. The README file contains all the information you need to get up and running with the application itself.

Be sure to check out Google's Santa Tracker or NORAD Santa Tracker around Christmas Eve as an additional way to keep tabs on Santa.