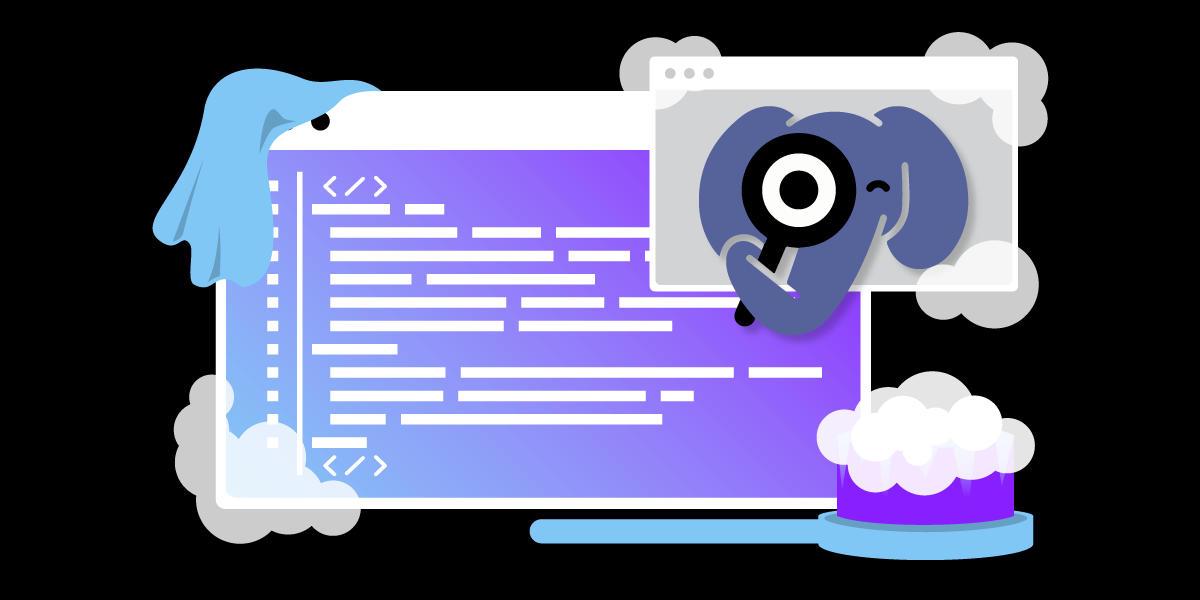 Scrub Up! Cleaning Your PHP Application With PHPStan

During my time as a PHP developer, the way we write and ship code has changed dramatically. In early Symfony and Zend Framework applications, the PHP-FIG didn't exist and coding standards were at the discretion of whoever was writing it. Over the years that we've seen widespread adoption of PSR standards, rock-solid static analysis tooling has been somewhat patchy. That is, until now, with the release of version 1.0 of PHPStan. Let's celebrate this occasion by going through some of its features!

One of the great advantages of using a compiled language such as Java or C# is that compile-time will completely fail if your code isn't typesafe, enforcing standards (though this is easy for me to say as it's not 2 am, on my 10th coffee of the night). With PHP being an interpreted language, we don't have the same luxury.

Thanks to the sheer quantity of DevOps tooling available to us in modern web development and static analysis, the thing is we do have the same tooling available but through different means. As that is the case I cannot advocate how much I recommend you have something similar to the environment I'll be laying out. So why would you want this tooling? Let's look at an example.

It's common to try and pick a theme that's fun, or applicable to what you're writing about when it comes to tooling like this. But, for this article I'm going to present to you a scenario that I have personally come across time and time again in agency environments:

"Help! Someone else built my PHP app and I need someone to rescue it and take over maintenance of it because features X/Y/Z need to be built, but features A/B/C don't even work well!"

Taking over someone else's codebase/project is always a complete lottery. If you're taking it over because it needs new features and it's already a tech-debt riddled mess, you know you've got to sort that out before you touch anything else. Worse, a lot of these projects (in my experience) tend to arrive with absolutely no tests to self-document the code. Consider a classic example, which I have seen time and time again:

You didn't write that entity class or the repository method. They've got no typehints because this was written originally in PHP5.3, or the developer didn't use any. It's fine if your ORM returns an array of the same entities, but one bug, one null result in the return value of findAllBySomething() and doTheThing() will throw a fatal error.

It's time to set PHPStan on it.

While it's easy to say "use PHPStan" if you have a legacy or tech-debt-heavy application you'll want a strategy rather than just throwing things out there to see what happens. Firstly, you'll want to acquaint yourself with the Rule Levels.

PHPStan is structured to run with given rule levels, numbered from 0-9:

This is why your strategy is important. If you've got a legacy project written by someone else and you fire the PHPStan task runner at level 9, you might be overwhelmed by the results it produces. Everything is broken! To refactor, I'd suggest the following:

In the world of DevOps, there are a somewhat overwhelming amount of tooling options available to solve your problems. For this instance, I'm offering just one approach, but it's less complex than other options available. Once you have established your strategy, it's time to set up your pipeline so that we don't commit any new code that hasn't been through PHPStan first.

Barriers of Defence: local vs. server-side

I like to introduce tooling to eliminate any possibility of single-points-of-failure, and as a result of that cynicism highly recommend that you run your static analysis on both local developers' machines as well as server-side CI checks in your repository.

Firstly, you'll want to install PHPStan inside your project. We're going to use composer for this, working under the assumption that hopefully, your legacy code does use package management. If not, you can install composer and use composer init to create a new project.

To install PHPStan, run the following:

We're adding --dev as we don't need it for production (in theory!).

This is a pretty neat feature of PHPStan. Your baseline establishes your "ground zero" of your app so that any current errors that exist within the Rule Level of your choosing are ignored until you decide to deal with them, but at the same time can enforce a rule level for any new changes committed. A sensible approach as outlined in the strategy would be to set a baseline at Rule Level 6:

To create your baseline, run the following:

You'll now have your baseline configuration set in the file specified (phpstan.neon), which saves a detailed overview of errors per file.

Now you will want PHPStan to prevent commits to your repository before they can be pushed up to your source. For this, we use Git hooks.

It somehow took me years to realise that git actually installs hooks as standard in a new git repository on git init. You can read more about git hooks here. We're going to edit the pre-commit hook. As long as you've not touched any hooks before in your project, you can enable the pre-commit hook by renaming it - run this from the root of your project:

Now open up the file, delete the contents and copy in the following:

Now you've enabled pre-commit, PHPStan will fire before each commit and analyze against the baseline for any new files that have been changed in the git commit. No more smelly committed code!

You may want to adjust the command line trigger when you move up levels, so when it needs to change (or you want to enable other PHPStan features), change the analysisResult=$(vendor/bin/phpstan analyse $gitDiffFiles) line arguments.

The more defense you can put up for your code, the better. Running PHPStan server-side after a push to your code as part of your Continuous Integration is a must-have. For this example, we're going to use Github Actions, but bear in mind you can set this up with the same level of functionality in CircleCI, Bitbucket Pipelines, Gitlab CI/CD, or Jenkins. Here is an example actions workflow set up on Github, building your code with an Ubuntu container:

The command under "Run PHPStan" can be configurable to your requirements in the same way you can configure the command when running PHPStan locally. I've written this workflow to run PHPStan at a default level on all files within the project (this workflow hasn't fired composer yet, so will not have the unnecessary and inefficient step of running it on your vendor folder) so here I would recommend having a configuration to pull in that sets your entire project's Rule Level.

Your legacy project now has a strategy for scrubbing up your code, and pipelines to stop new bugs appearing in commits while performing analysis against the baseline for all the existing code. It's this kind of setup that can give you far more confidence in committing to the project while giving insights as to where the likely areas that need refactoring to take out tech debt.

Last, but not least: static analysis vs. tests

I say this loudly, especially for the folks at the back: PHPStan and any other static analysis tool is not a replacement for your tests! The way I would frame its usage is that a test suite and PHPStan complement each other in assessing the quality of your code.

It's a misconception to believe that you have little or no need for a test suite. The most important thing here is that static analysis cannot test your domain logic. While it might seem an obvious statement, it's worth noting that it can be confusing as PHPStan can eliminate the need for certain tests. An example of this would be an instanceOf test, that asserts that a class being created is the end result of a process. PHPStan can remove this requirement, as it provides the analysis needed to eliminate this potential bug, but it does not know about your domain logic required beforehand - this is what you do need to test.

And remember, there are alternatives!

Did you give it a go? Not too keen on it? Everyone has their preference, and while I'll sing my praises to Ondřej for his work on PHPStan, it's worth noting that there are several other tools that either perform the same job or can be used in conjunction with PHPStan:

Special thanks got to Ondřej Mirtes for both advice and all his hard work releasing this awesome tool.