Abdul is a Developer Advocate for Vonage. He has a background working in consumer products as an iOS Engineer. In his spare time, he enjoys biking, listening to music and mentoring those who are ju... 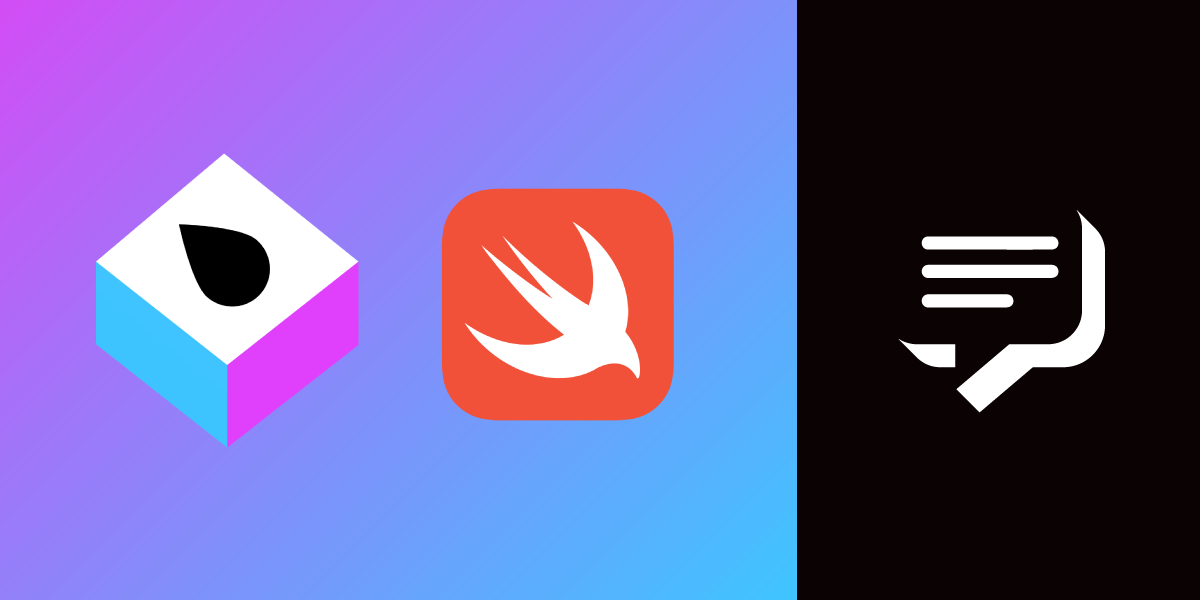 Swift 5.5 introduces the async/await language feature to help improve the readability of concurrent Swift code by removing the need for completion handlers. This post will be very similar to How to send SMS Messages with Swift, Vapor and Vonage on our blog. This post will be using the Messages API V1 rather than the SMS API but will be a good way to illustrate the improvements from using async/await.

If you are familiar with the original blog post, you can skip to the "Send the SMS" section.

You can create a Vapor project using the new project command vapor new AsyncTextMessage in your terminal. It will first prompt you whether you would like to Fluent (press n to skip), then whether you want to use Leaf. Leaf is a templating language that you will use to generate dynamic HTML pages, so press y to include it. Once the command has finished, change directory into the folder it created for you using cd AsyncTextMessage.

You will also need to create a .env file to store your Vonage API account credentials. In your terminal, use the following command to create the file replacing X and Y with your API key and secret, respectively:

By default, Xcode runs your application from a randomized local directory. Since you will be loading local resources, you need to set a custom working directory. Go to Product > Scheme > Edit Scheme... and set the working directory to your project's root folder.

Press CMD+R to build and run. Once complete, find your web page at localhost:8080.

Now that your project is set up, you will create an interface to enter a phone number and message for the SMS. Open the index.leaf file under Resources/Views and update it:

The above code adds a form with inputs for a phone number and a message, and once the form is submitted, it will send a POST request to /send. Notice the Leaf block starting with #if(messageId):. It checks for a value for the messageId variable, and if set, it will add the text to the page. If you build and run (CMD + R), you will now see your updated page.

A benefit of using Vapor is that you can lean on the Swift language's type-safety. You can model inputs and outputs to your server using that conform to the Codable protocol; Vapor has a Content protocol for this.

Create a struct called Input that conforms to Content at the bottom of the routes.swift file:

The Vonage Messages API expects fields in snake case, so the structs have the CodingKeys enum to map their property names to their snake case equivalent. Below the Input struct, create another struct for the response that is expected from the Messages API:

To send the SMS, you need to make a call to the Vonage Messages API. To do this, you need to define the /send route used by the web form, parse the form data, and then make the request. Start by defining the new route in the routes function:

Note how the method uses req async throws -> View in. This means that the function is asynchronous and could throw errors. Hence the do block inside, which is decoding the web form fields into an Input struct. The closure returns a View. This differs from previously where you would have to return a future that would have eventually resolved into a View.

Next, you will use Vapor's Client API, which allows you to make external HTTP calls, to call the Messages API. Add the call to the send route:

The above code will await the result of the call to the Messages API, which uses the API credentials for authorization, then clientResponse will be set with the result. This allows you to write code as if it was synchronous. Also, since the code is in a do block, if there is an error it will just throw and be handled automatically or you can add a catch to handle them yourself.

The following line decodes the response from the Messages API, then finally that is used to render the page. Again this uses try await, so when req.view.render completes, it will either return a View instance or throw an error.

Build and run (CMD + R) the project, open localhost:8080 in your browser, then fill in a phone number and a message.

Clicking the send button will send the data to the route you defined earlier, make the call to the Vonage Messages API, and if successful it will show the message ID.

You can find the completed project on GitHub.

You can do more with the Messages API, such as sending messages on Whatsapp and Facebook Messenger. Learn about it on our developer platform.